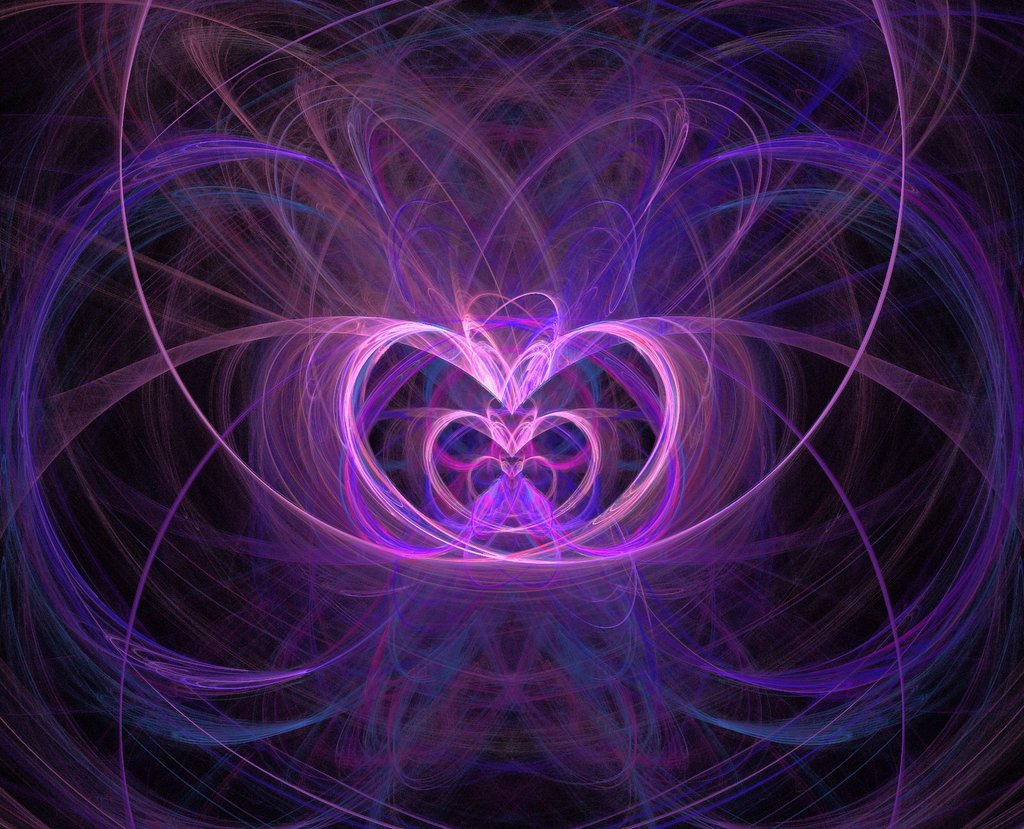 19 May Are you an Indigo or Crystal Child or Adult?

Posted at 20:51h in Ascension, EMOTION by tessa 0 Comments

How do you know if you, or someone you know, is an Indigo or Crystal Child or Adult?

We will describe the main features and characteristics of these people. But we want to stress that the Indigo/Crystal phenomenon is the next step in our evolution as a human species. We are all, in some way, becoming more like the Indigo and Crystal people. They are here to show us the way, and so the information can be applied more generally to all of us as we make the transition to the next stage of our growth and evolution.

The Indigo Children have been incarnating on the Earth for the last 100 years. The early Indigos were pioneers and way-showers. After World War II, a significant number were born, and these are the Indigo adults of today. However, in the 1970s a major wave of Indigos was born, and so we have a whole generation of Indigos who are now in their late twenties and early thirties who are about to take their place as leaders in the world. Indigos continued to born up to about 2000, with increasing abilities and degrees of technological and creative sophistication.

The Crystal Children began to appear on the planet from about 2000, although some date them slightly earlier. These are extremely powerful children, whose main purpose is to take us to the next level in our evolution, and reveal to us our inner power and divinity. They function as a group consciousness rather than as individuals, and they live by the” Law of One” or Unity Consciousness. They are a powerful force for love and peace on the planet.

The Indigo and Crystal Adults are composed of two groups

1. Firstly, there are those who were born as Indigos and are now making the transition to Crystal. This means they undergo a spiritual and physical transformation that awakens their “Christ” or “Crystal” consciousness and links them with the Crystal children as part of the evolutionary wave of change.

2. The second group is those who were born without these qualities, but have acquired or are in the process of acquiring them through their own hard work and the diligent following of a spiritual path.     Yes, this means that all of us have the potential to be part of the emerging group of “human angels“.

The first thing most people notice about Crystal Children is their eyes, large, penetrating, and wise beyond their years. Their eyes lock on and hypnotize you, while you realize your soul is being laid bare for the child to see. Perhaps you’ve noticed this special new “breed” of children rapidly populating our planet. They are happy, delightful and forgiving. This generation of new light-workers, roughly ages 0 through 7, are like no previous generation. Ideal in many ways, they are the pointers for where humanity is headed … and its a good direction!

The older children (approximately age 7 through 25), called “indigo Children”, share some characteristics with the Crystal Children. Both generations are highly sensitive and psychic, and have important life purposes. The main difference is their temperament. Indigos have a warrior spirit, because their collective purpose is to mash down old systems that no longer serve us. They are here to quash government, educational, and legal systems that lack integrity. To accomplish this end, they need tempers and fiery determination.

Those adults who resist change and who value conformity may misunderstand the Indigos. They are often mislabeled with psychiatric diagnoses of Attention Deficit with Hyperactivity Disorder (ADHD) or Attention Deficit Disorder (ADD). Sadly, when they are medicated, the Indigos often lose their beautiful sensitivity, spiritual gifts and warrior energy…… In contrast, the Crystal Children are blissful and even-tempered.

Sure, they may have tantrums occasionally, but these children are largely forgiving and easy-going. The Crystals are the generation who benefit from the Indigos trailblazing. First, the Indigo Children lead with a machete, cutting down anything that lacks integrity. Then the Crystal Children follow the cleared path, into a safer and more secure world.

The terms “Indigo” and “Crystal” were given to these two generations because they most accurately describe their aura colors and energy patterns. Indigo children have a lot of indigo blue in their auras. This is the color of the “third eye chakra”, which is the energy center inside the head located between the two eyebrows. This chakra regulates clairvoyance, or the ability to see energy, visions, and spirits. Many of the Indigo children are clairvoyant.

The Crystal Children have opalescent auras, with beautiful multi-colors in pastel hues. This generation also shows a fascination for crystals and rocks……

Indigo Children can sense dishonesty, like a dog can sense fear. Indigos know when they’re being lied to, patronized, or manipulated. And since their collective purpose is to usher us into a new world of integrity, the Indigos inner lie-detectors are integral. As mentioned before, this warrior spirit is threatening to some adults. And the Indigos are unable to conform to dysfunctional situations at home, work, or school. They don’t have the ability to dissociate from their feelings and pretend like everything’s okay …unless they are medicated or sedated. Crystal Children’s innate spiritual gifts are also misunderstood. Specifically, their telepathic abilities which lead them to talk later in life. In the new world which the Indigos are ushering in, we will all be much more aware of our intuitive thoughts and feelings. We won’t rely so much upon the spoken or written word. Communication will be faster, more direct, and more honest, because it will be mind to mind. Already, increasing numbers of us are getting in touch with our psychic abilities. Our interest in the paranormal is at an all-time high, accompanied by books, television shows, and movies on the topic.

So, it’s not surprising that the generation following the Indigos are incredibly telepathic. Many of the Crystal Children have delayed speech patterns, and its not uncommon for them to wait until they’re 3 or 4 years old to begin speaking. But parents tell me they have no trouble communicating with their silent children. Far from it! The parents engage in mind-to-mind communication with their Crystal Children. And the Crystals use a combination of telepathy, self-fashioned sign language, and sounds (including song) to get their point across.

The trouble comes about when the Crystals are judged by medical and educational personnel as having “abnormal” speaking patterns. It’s no coincidence that as the number of Crystals are born, that the number of diagnoses for autism is at a record high.

It’s true that the Crystal Children are different from other generations. But why do we need to pathologize these differences? If the children are successfully communicating at home, and the parents aren’t reporting any problems… then why try to make a problem? The diagnostic criteria for autism is quite clear. It states that the autistic person lives in his or her own world, and is disconnected from other people. The autistic person doesn’t talk because of an indifference to communicating with others.

Crystal Children are quite the opposite. They are among the most connected, communicative, caring and cuddly of any generation. They are also quite philosophical and spiritually gifted. And they display an unprecedented level of kindness and sensitivity to this world. Crystal Children spontaneously hug and care for people in need.

These children are worthy of awe, not labels of dysfunction. If anyone is dysfunctional, it’s the systems that aren’t accommodating the continuing evolution of the human species. If we shame the children with labels, or medicate them into submission, we will have undermined a heaven-sent gift. We will crush a civilization before its had time to take roots.

As can be seen from the above discussion, the Indigo-Crystal adventure represents a huge evolutionary leap for the human species. This is initially a huge leap in consciousness, reflected in the auric colors and the access to multi-dimensional layers of awareness in an individual.

Higher levels of consciousness, awareness of the interconnectedness of all things and a desire for an empowered and creative life will soon become the characteristics of all humans on Planet Earth.

“The Indigo Evolution” is a documentary that attempts to answer the question – Are these ‘Indigos’ only the fanciful notions of a few individuals embracing new-age, metaphysical beliefs, or is there real evidence that they truly do exist? Most importantly, why are they here and how can we help them achieve their goal of creating a world based upon the laws of compassion and peace? Interviews with some of the most profound children on the planet today combined with discussions with authorities in the fields of medicine, psychology, education, philosophy, and religion will provide information for the viewer to draw their own conclusions to these questions.

‘The Indigo Evolution’ is a documentary about the shifting human, evolving beyond the five sensory perceptions into a multi-sensory being of light ! The term Indigo refers to the Indigo color Aura seen around certain individuals who exhibit certain enhanced abilities well beyond their age and learning. Commonly labeled as suffering from some kind of deficit (ADD, ADHD, Dyslexia …) these children clearly have more of something most of us fail to recognize. Their non conformance to authority and the social conditioning sometimes earns them the label of being problem children.

Indigo Evolution, a feature-length documentary by James Twyman, was released Jan. 28, 2006 in more than 350 churches and wellness and spiritual centers around the world. The attendance far exceeded expectations, demonstrating how interest in understanding the “Indigo phenomenon” has grown. Indigo Evolution illuminates the lives of children who are referred to as “Indigos.” The movie describes them as creative, eccentric and independent. Impatient with the status quo, these children possess a high degree of integrity and intuition. Many are both intelligent and gifted, often in the areas of art and technology, and some are said to bring healing gifts.

According to Indigo Evolution, Indigos often sound very wise for their age; however, they are very sensitive physically, emotionally and spiritually, and not always comfortable in their own bodies. They easily experience sensory overload to lights, smells, sounds, touching and toxins, and need help in becoming grounded. Many Indigos have attention and social problems in school and may frequently correct the teacher. While their behaviors vary, their philosophy of life is consistent; they have a high level of social consciousness and desire to make the world a better place. They are here to bring the Dawn of the Golden Age!

After the premiere test screening of “The Indigo Evolution”, the Hopi nation contacted James Twyman, and told him that they were willing to reveal their ancient and guarded secrets about the children of the planet in this movie. The new section containing interviews with Hopi elders about their ancient prophesies and how they relate to the Indigos was added to the documentary. Their message was astounding, and has now become the central theme for the entire film. The Hopi elders shared that it is not too late to reverse the tide of earth cleansing, but only if we come together, and the children have a critical role to play.